The island of Spinalonga (official name: Kalidon) is located at the eastern section of Crete, in Lassithi prefecture, near the town of Elounda. The name of the island, Spinalonga, is Venetian, meaning "long thorn", and has roots in the period of Venetian occupation. This location is also the setting for Victoria Hislop's bestselling novel The Island and Werner Herzog's experimental short film Last Words. The island was used as a leper colony, from 1903 to 1957. It is notable for being one of the last active leper colonies in Europe. The last inhabitant, a priest, left the island in 1962.
There were two entrances to Spinalonga, one being the lepers' entrance, a tunnel known as Dante's Gate. This was so named because the patients did not know what was going to happen to them once they arrived. However, once on the island they received food, water, medical attention and social security payments. Previously, such amenities had been unavailable to Crete's leprosy patients, as they mostly lived in the area's caves, away from civilization. 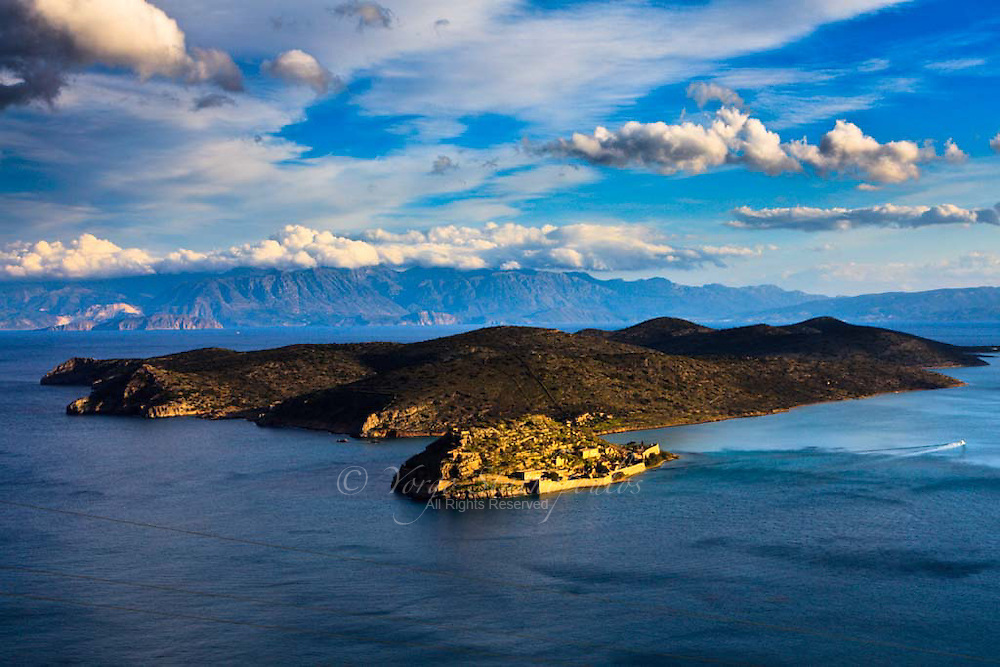