The palace at Knossos was a place of high color, as were Greek buildings in the classical period, and as are Greek buildings today. In the EM Period, the walls and pavements were coated with a pale red derived from red ochre. In addition to the background coloring, the walls displayed fresco panel murals, entirely of red. In the subsequent MM Period, with the development of the art, white and black were added, and then blue, green and yellow. The pigments were derived from natural materials, such as ground hematite. Outdoor panels were painted on fresh stucco with the motif in relief; indoor, on fresh, pure plaster, softer than the plaster with additives ordinarily used on walls.

The decorative motifs were generally bordered scenes: people, mythological creatures, real animals, rocks, vegetation, and marine life. The earliest imitated pottery motifs. Most have been reconstructed from various numbers of flakes fallen to the floor. Evans had various technicians and artists work on the project, some artists, some chemists and restorers. The symmetry and use of templates made possible a degree of reconstruction beyond what was warranted by only the flakes. For example, if evidence of the use of a certain template existed scantily in one place, the motif could be supplied from the template found somewhere else. Like the contemporary murals in the funerary art of the Egyptians, certain conventions were utilized that also assisted prediction. For example, male figures are shown with darker or redder skin than female figures.

Some archaeological authors have objected that Arthur and his restorers were not discovering the palace and civilization as it was, but were creating a modern artefact based on contemporary art and architecture. 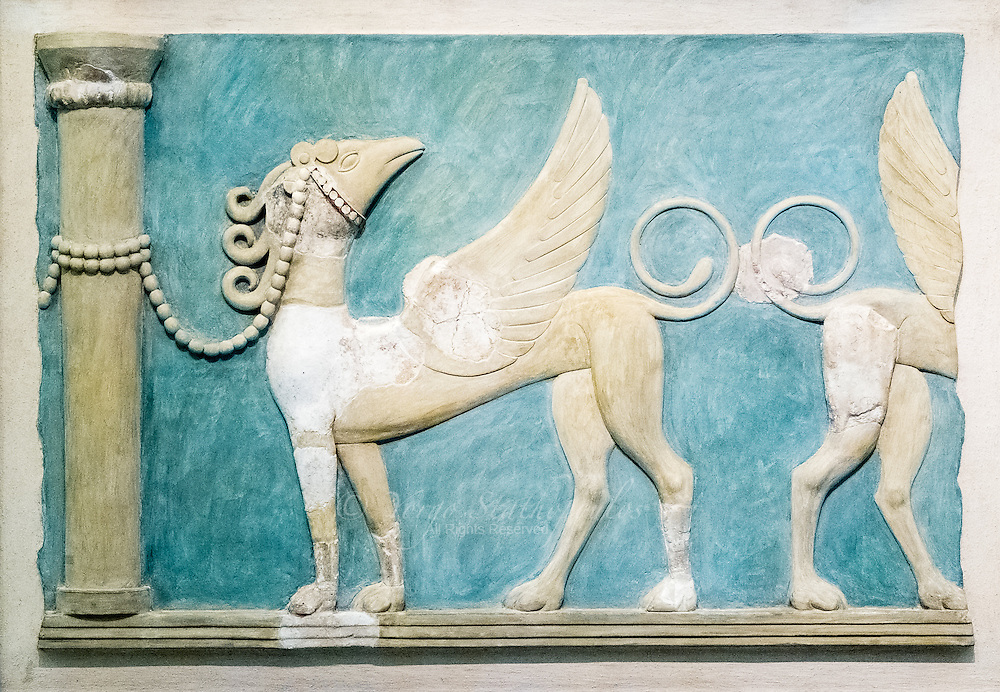